IN PICTURES- Warwick's Pub in the Park - The Coventry Observer

IN PICTURES- Warwick's Pub in the Park

Bands in the Park took place between Friday and Sunday across four jam-packed sessions. 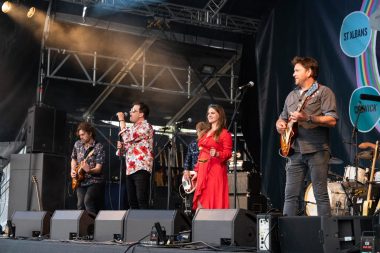 The live music got underway on Friday night with performances from the James Martin band, Natalie Imbruglia and ABBA Tribute band Bjorn Again.

There was also a DJ set from celebrity fashion consultant Gok Wan. 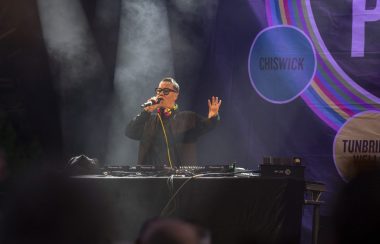 Saturday saw Bob Marley Revival take to the stage, while DJ Huey Morgan was among the featured acts on Sunday afternoon.

One of the highlights of the weekend came on Saturday when McFly headlined the music stage.

Away from the music stage, visitors could go over to the Miele Chef demo stage to watch some of the best chefs in the business including Paul Foster, Mike Bullard and James Martin. 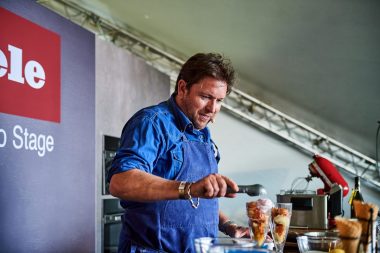 Hopefuls took to the stage in the Foodie Awards Casual Dining chef of the year final cook-off on Sunday afternoon.

There was plenty for children to enjoy including a big wheel, circus toys and a Lego station.

And you were able to enjoy plenty of food and drink with nine establishments setting up pop-up restaurants including The Rose and Crown, The Star Inn and the Butchers Social. 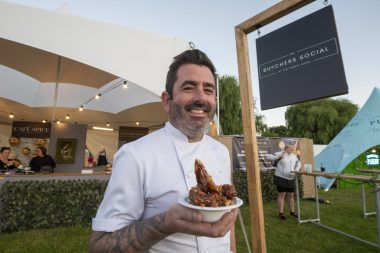 Over 130,000 people visited Pub in the Park last year and Warwick is one of nine locations the festival will be visiting in 2022.

We can provide all of your printing needs at competitive rates.