The Shape of You singer made the £10,000 donation to The Myton Hospices after Myton supporter John Parker – formerly of Leamington folk duo Nizlopi – contacted him about his fund-raising challenge.

John is running the Virtual London Marathon in aid of the charity as thanks for the care the Myton at Home team gave to his mum at the end of her life.

Before Ed became an international artist, he sometimes worked as a guitar tech for Nizlopi – famed for their 2005 number one hit JCB Song – and even opened some shows for them. 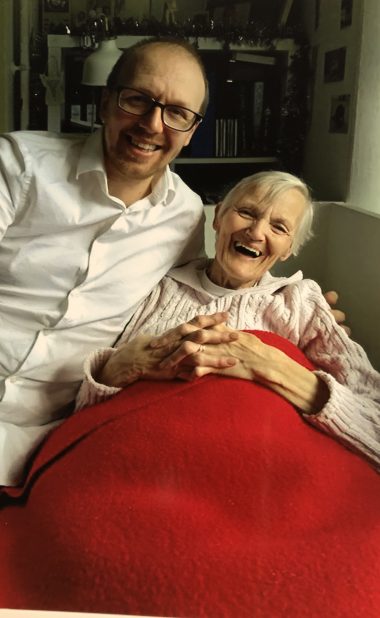 John is running the Virtual London Marathon as a thank-you for the care the Myton at Home team gave to his mum at the end of her life.

John contacted Ed on the off-chance to ask for help spreading the word about his fundraising – and was amazed when just a few hours later he had received a £10,000 donation on his JustGiving page from ‘Ted’.

John was quick to let Myton know about the incredible donation.

He said: “I’m massively touched by Ed’s sponsorship, kindness and support; it proves that no matter how famous you get, you can still be a top person.”

This year The Myton Hospices – which runs three hospices in Rugby, Warwick and Coventry, and has the only Inpatient beds in Coventry and Warwickshire – needs to raise £7.8million to continue providing its free services to people with life limiting illnesses, and their families.

Ruth Freeman, CEO of The Myton Hospices said: “We are blown away by Ed Sheeran’s donation and would like to thank him for his generosity and support, it really will make a big difference to our patients and their families.

“John has done such a fantastic job training for his marathon, and continuing to raise awareness and vital funds for Myton and we can’t thank him enough. None of our work would be possible without people like him.”

John is running the Virtual London Marathon on October 3. Visit www.mytonhospice.org/news for more information, and www.justgiving.com/fundraising/john-parker39 to donate.