A life on the buses: Former conductor’s book is nostalgic trip down Midland Red’s memory lane - The Coventry Observer

A life on the buses: Former conductor’s book is nostalgic trip down Midland Red’s memory lane

A FORMER bus conductor has been driven to tell the story of his enthusiasm for, and career with, the iconic Midland Red. 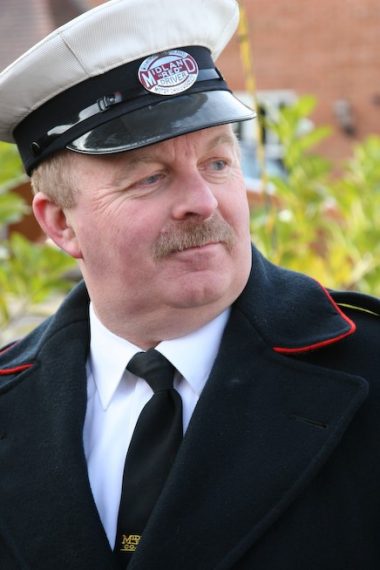 Ashley Wakelin has written Inside Midland Red, inspired by a lifetime in the industry and his years working for what was once the country’s biggest independent bus company – whose buses graced the roads of Warwickshire and Worcestershire from 1905 to 1981.

Now semi-retired and living in Brinklow, Ashley worked for the famous firm as a conductor, driver and manager in Leamington, Coventry and Nuneaton from the late 60s to the mid 80s.

Having seen the industry evolve over half a century, the former Leamington resident decided to channel his unique perspective on the company into his part historical, part autobiographical book.

He said: “I enjoyed a lifetime in the bus industry, and realising that it had dramatically changed from the calmer 1960s to the stresses and realities of modern times, I decided to put pen to paper to recall the story of my passion for, and work-life with, the company.

“When I retired, I realised that my own working life with Midland Red from office lad, conductor and driver, and into management had accumulated a number of escapades, and entertaining and sometimes shocking stories that were worthy of recalling.

“The Midland Red spirit got into the blood of many of its employees, and was the career choice of sometimes two or three generations of a family.

“Some of the colleagues that I worked with in the early days were at retirement age when I was just 18 years old.

“These industry professionals, whether drivers and conductors, engineers or managers, told me their stories of life with Midland Red in the 1930s and beyond, and how the job and the vehicles had changed over the years.”

His book includes anecdotes about his former colleagues, including a bus cleaner named Agnes he worked with in Birmingham.

“Agnes worked nights from 1924,” he recalls. “When I met her in 1969 she told me that the job was hard, but it was more enjoyable in the earlier years.

“She and her fellow cleaners spent hours on hands and knees polishing the brass floor treads, door handles, and side runners on Midland Red’s early charabancs, while singing hymns at 3am and getting into trouble when the neighbours living near the garage complained about the noise!” 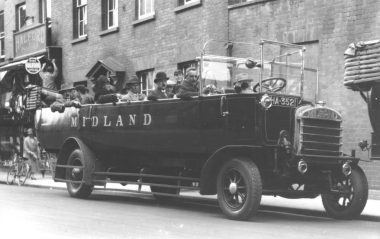 ‘Inside Midland Red’ also delves into the company’s ever-developing fleet of buses – including the open-topped ‘charabancs’ of the early 20th century, the 85mph motorway expresses of the late fifties, and the D9 – otherwise known as the famous Birmingham Routemaster.

Ashley said: “Midland Red was no ordinary bus company. They designed and built their own vehicles from 1923 until 1970.

“They had an operating territory of over 12,000 square miles of the Midlands, and operated daily coach services and coach cruise holidays over the length and breadth of the United Kingdom.

“And they had an enviable reputation for speed, reliability, comfort and service which over the years gave them their reputation of ‘The friendly Midland Red’.”

There is no questioning his enthusiasm for the vehicles. Besides having a collection of Midland Red memorabilia and models, he has previously owned over 60 buses and coaches, selling some on and keeping others – all acquired between his 16th and 60th birthdays.

But it is his admiration for the company, its engineering achievements, and its employees which really shines through. 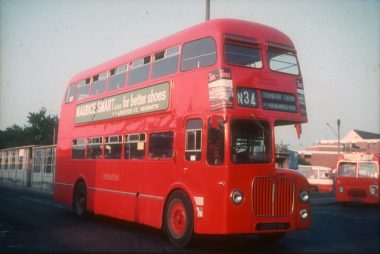 “Many of the management were ex-military and the company was run along similar lines,” he said, “but then an organisation of 8,000 staff and 35 garages spread across the Midlands, operating services while building and maintaining a fleet of almost 2,000 vehicles, had to be well oiled!

“Midland Red played a big part in the lives of the people of the Midlands for most of the 20th century, and still retains a fiercely loyal following of enthusiasts – which is why it is important that stories of ‘The Red’, such as those in my book, should be retold for future generations.”

• Visit www.midlandred.co.uk to buy a copy of ‘Inside Midland Red’.

COMPETITION: Have you got what it takes to be the KFC Master?

Catch up on your local news by reading our e-editions on the Coventry Observer.